The Weibo Accounts of OKEX/Binance/Huobi Got Banned!

Inner Mongolia, a city in China, plans to close all cryptocurrency data centers in the coming April

Dogecoin, one of the thousands of cryptocurrencies, the price surged 49% in a week from 1st February to 7th February. The price is still keeping rising when I’m writing this article. The market cap ranks #12 currently.

Dogecoin was created by Billy Markus who is from Portland, Oregen who is from Sydney and Jakson Palmer who are from Australia.

It was forked from Litecoin actually in December 2013.

Dogecoin’s creators envisaged it as a fun, light-hearted cryptocurrency that would have greater appeal beyond the core Bitcoin audience, since it was based on a dog meme.

But Elon Musk apparently didn’t stop. He is continuing mentioning dogecoin in his tweets. The latest one is below as now the article is writing.

Dogecoin differs from Bitcoin’s proof-of-work protocol in several ways, one of which is by using Scrypt technology. The altcoin has also a block time of 1 minute, and the total supply is uncapped, which means that there is no limit to the number of Dogecoin that can be mined. You can mine Dogecoin either solo, or by joining a mining pool. A Doge miner can mine the digital currency on Windows, Mac or Linux, and with a GPU. As of 2014, you can also mine Litecoin in the same process of mining Dogecoin, as the processes were merged.

You can buy or sell at any exchanges which offer digital currency. Recommend exchanges:

Dogecoin has been used primarily as a tipping system on Reddit and Twitter to reward the creation or sharing of quality content. You can get tipped Dogecoin by participating in a community that uses the digital currency, or you can get your Dogecoin from a Dogecoin faucet. A Dogecoin Faucet is a website that will give you a small amount of Dogecoin for free as an introduction to the currency so that you can begin interacting in Dogecoin communities.

Donate Dogecoin to our writers 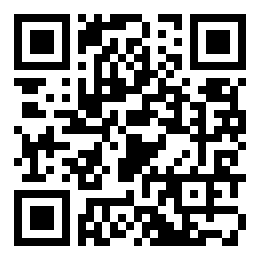 Donate Dogecoin to our writers